A couple weeks ago I took a much needed vacation to Columbia, South Carolina where I visited two of my great friends, Ben and Becca. We all became good friends when we worked together
at B. Dalton Bookseller. When our store closed, they decided to explore the South and moved to Columbia. 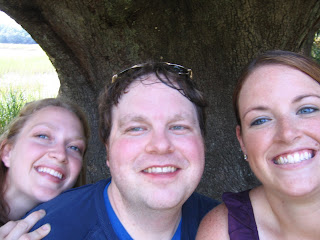 My first night there, we decided to do a little shopping and some eating. Two of my favorite things. We ate dinner at the Cheesecake Factory where I consumed some Fried Macaroni and Cheese (Yes, I did say fried), my favorite Tex Mex Eggrolls, and a Lemoncello Cream Torte. What better way to start a vacation?

On Day two we headed to Charleston to visit Boone Hall Plantation from the book, 1,000 Places to See Before You Die, known from now on as "the book." It is one of America's oldest working plantations and crops have been produced on the grounds for over 320 years! Several movies have been filmed at the plantation including The Notebook, North and South, and Queen.

This is Becca and I getting ready to take a tour of the grounds. 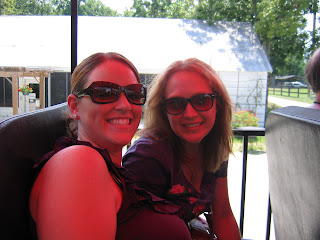 Here is a picture of the slave's living quarters. They were incredibly small, and some of them even included a loft to fit additional people. It was hard not to get emotional as we toured the inside of the living quarters and imagined the lifestyle of the slaves. 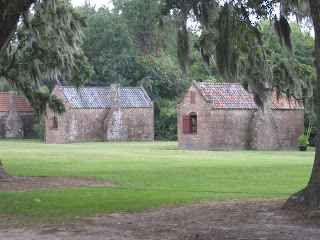 Here is a picture of the driveway that leads up to the main home on the plantation. The trees were planted in 1743 and it took two centuries for them to grow and meet in the middle to form the canopy that can be seen today. 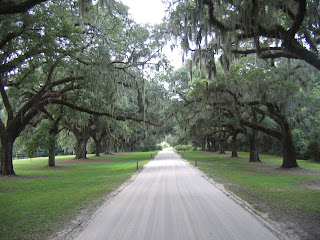 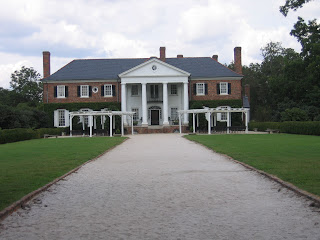 We took several pictures around what we thought was a 600 year old tree.... 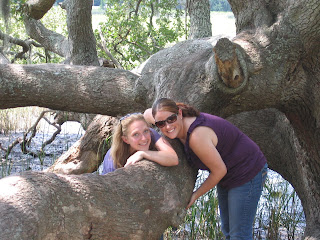 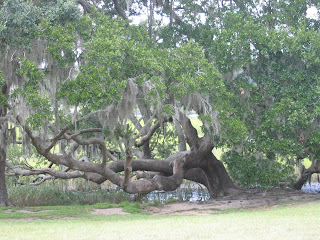 Only to find out after the tour that this is actually the 600 year old tree. Oops! 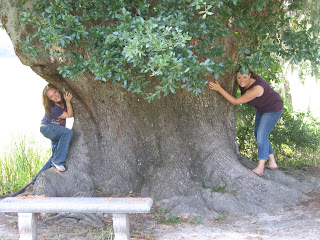 After spending all day at the plantation, we were hot, tired, and hungry. So, we headed to Folly Beach. Ben and Becca took me to an awesome Mexican restrauant, Taco Boy. We had good food, strong drinks, and an incredible dessert known as Tres Leche. (aka, 3 milk sponge cake soaked in Brandy. Yum!) After dinner, we took a leisurely stroll along the beach. And after that meal, I was thankful that our stroll didn't involve swimwear!

Here are some pictures from the beach. 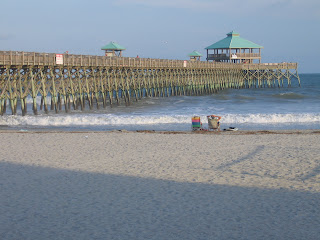 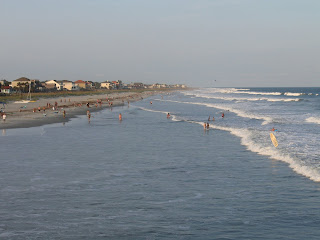 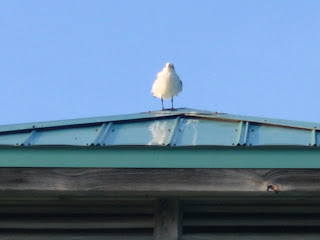 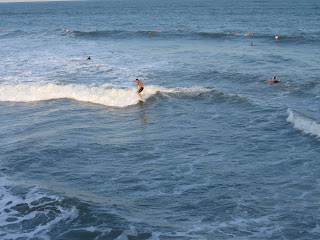 While in S. Carolina, I stayed at Ben and Becca's apartment along with their Great Dane, Ginger. I fell in love with her instantly. We became best buds. 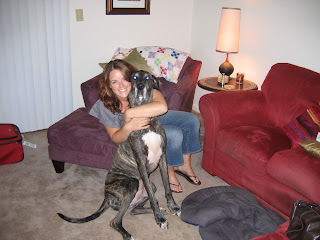 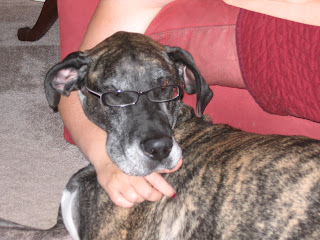 Here is me posing with Ginger to demonstrate her small horse like qualities. I tried to get her to take me for a short ride, but apparently she is not into giving free pony rides. 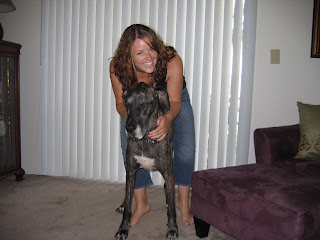 On our last day, I made Ben take me to Five Guys. We don't have any around here, and I'd never been before. I mainly wanted to visit because I saw Barack Obama eat at one in DC on TV. If it's good enough for the President, it has to be pretty good stuff, right? I was not disappointed. 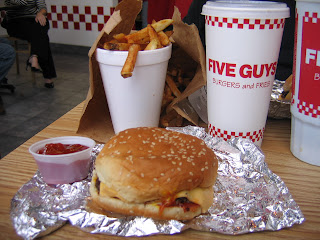 Here is a picture of Ginger and I on our last morning together. I think she was sad to see me go! 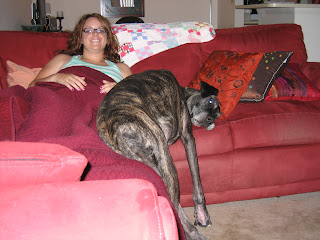 Quote of the trip: "It doesn't smell like a** everywhere," said Becca as we crossed over a bridge. "We may live in the armpit of the country, but not the a**hole." --Becca

Lindsay
Wichita, KS, United States
Welcome to my travel blog! I love to travel and recently bought the book, 1,000 Places to See Before You Die. I am hoping to knock most of them out before I kick the bucket someday. Hopefully, this blog will be a good way to share all of the places I travel on my own and from the book.